In 2008, Cigar Aficionado awarded the Cas Magna Colorado Robusto as the #1 Cigar of the Year.  This is a cigar with two primary and distinguishing characteristics:  1) the cigar happened to be the brain-child of two legends in the industry – Manuel Quesada and Nestor Plascencia; and 2) the cigar retailed for only $5 – proving once and for all you could get a top quality cigar without spending and arm and a leg. END_OF_DOCUMENT_TOKEN_TO_BE_REPLACED 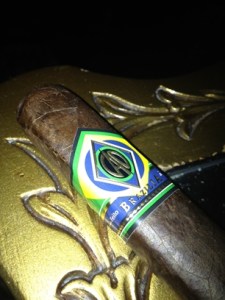 Anyone who’s been smoking cigars for a period of time is familiar with the CAO Brazilia line.  Before General Cigar took over manufacturing and distribution for CAO, the Brazilia line had already risen to top-quality status with such vitolas as the Gol, Amazon, Piranha, Samba, Anaconda, Corcovado, and Cariocas.  Then they released a series of box-pressed robustos.  Now, fast-forward to earlier this week where we shared the official press release for an all-new updated Brazilia vitola for 2013.  Under the tutelage of Rick Rodriquez of General Cigar, the company now proudly presents the all-new 6-1/2 x 60 box-pressed Carnivale.  END_OF_DOCUMENT_TOKEN_TO_BE_REPLACED 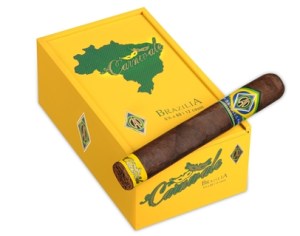 CAO Brazilia Carnivale is hitting cigar shops as we speak. The 6 ½” x 60
box-pressed beauty is a limited edition release that puts an innovative spin on the popular Brazilia blend. END_OF_DOCUMENT_TOKEN_TO_BE_REPLACED