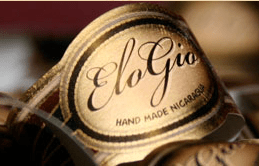 Wichita, Kansas – EloGio Cigars will introduce two (2) new cigars to their portfolio for 2013 – both of which will be on display at this year’s IPCPR Trade Show and Convention in Las Vegas, Nevada. Known as an exclusive boutique / independent company steeped in rich Cuban tradition, brand owner Nabil Sabbah sat down with Leaf and Grape and discussed the following details of these new releases. Excentrico No. 2 – This year’s Excentrico gets its name from being the follow-up to last year’s inaugural release. (which captured our selection for the #3 Light-bodied cigar of 2012) Excentrico No.2 features a new salomon-like shape along with a similar (yet smaller) fantail that made the 2012 Excentrico a signature stand-out. Robusto Limitada – This all-new limited edition is based on the Limitada Salomon blend, only with a fuller, slightly stronger profile. Robusto Limitada comes in a gorgeous, select-grade Ecuadorian Habano wrapper, a covered foot and decorative pigtail. Measuring in at 5-1/8 inches by 54 ring-guage, Robusto Limitada delivers a world of flavor and the right amount of complexity to keep any cigar connoisseur interested from start to finish.

Source: Information for this exclusive article provided by EloGio Cigars.