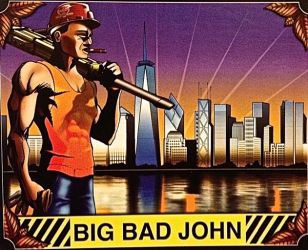 Today we follow in Lou Reed’s footsteps as we “take a walk on the wild side.” After a successful launch with his now famous Serie-D core line, Eddie Ortega now turns his attention to his first limited release, The Ortega Wild Bunch Series. The Wild Bunch is a 12 cigar series with one new vitola being released/announced each month. As noted on the Ortega Cigars website, here’s what Eddie has to say about the series:

This is a project I’ve been meaning to do for a while and now just seemed the right time. During my time in the cigar industry, I’ve come to know quite a few out of the ordinary characters, to say the least. This series is based on some of the more illustrated characters in the group. The Ortega Wild Bunch series will launch on January 2013 and will consist of 12 characters in total with one being released each month, only 500 boxes of each will be made and each will be completely different in shape and blend from the previous. 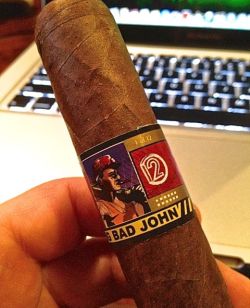 VISUAL: An oily reddish-brown wrapper with a bold toothy appearance. A thick wrapper with veins woven in amongst a series of raised bumps. This is a solid cigar, heavy and firm to the touch. Based on appearance alone this seems to be a bid, bad, bold cigar living up to the Big Bad John name. 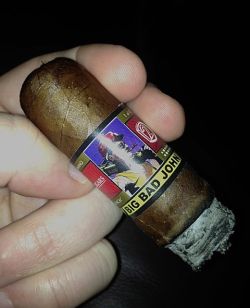 FLAVOR:  Prelight:  Wonderful, classic barnyard scent mixed with sweet tobacco, and cedar.  Light:  The first puff was up front and in your face. Dominant flavors were black pepper, cedar and earth. As soon as I prepared myself for what seemed to be a heavyweight bout, things calmed down quickly as sweet tobacco, earth and tea came in to overtake the initial pepper blast. Overall strength at this point is a slight notch above medium, nothing more. 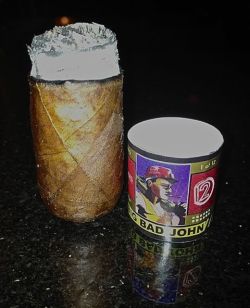 EXPERIENCE:  Burn:  From start to finish this cigar has an extremely even burn – though not quite what I’d consider razor-sharp. No signs of unevenness, canoeing or anything – just a solid, even burn all the way down to the nub. Judging by the look and feel of the cigar, I expected a ton of smoke to be produced. I was not disappointed as every puff produced massive quantities of smoke. The smoke’s aroma consisted of the same sweet tobacco and cedar experienced during the pre-light. Making my way through the cigar the strength increased slightly, but never really reached what I’d consider full. I put this cigar in the medium-to-medium-full category at most. Draw:  Large vitolas always concern me when it comes to draw – they either are packed too tight or too loose. Big Bad John’s draw is flawless with only a slight hint of resistance – just the way I like it.  Complexity:  For all of its fine qualities, I expected this cigar to be more complex that it turned out to be. Which is proof that looks can be somewhat deceiving. The initial aroma and flavors were pretty much constant throughout. Yes there were times when the sweet tobacco was front and center and other times when the cedar and earth would take the lead. But overall I was expecting a little more, but never quite got there.

FINAL THOUGHTS: Big Bad John is a very nice cigar – solid construction, pleasant aromas and flavors, plenty of smoke production and an even burn from start to finish. That being said, for me this cigar lacks what the Serie-D Maduro and Natural lines bring to the table. Don’t get me wrong, I am perfectly happy smoking this cigar – it is one I will buy and smoke again. But given the choice between this limited release and the Serie-D core line – I prefer the core line. Final Score: 88