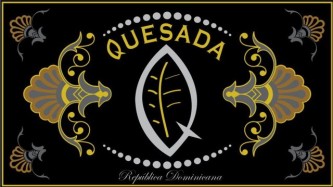 The Quesada Blender’s Sampler is a limited edition box set of 8 Quesada robusto cigars: 2 – Jalapa robustos; 2 – Tributo robustos; 2 – Espana robustos; and 2 – robustos of a blend we are experimenting with. (MSRP is set at $75) The idea is to provide a single unit in which many of our cigars, including rare ones such as the Espana can be purchased together, and to get customer feedback on how the new sample blend stands up against them in terms of flavor and complexity. We are making 1,000 samplers. Each box comes with a card that outlines the project and requests feedback on the sample blend. If we receive enough positive feedback we will make this cigar into a production line.

Each sampler box also contains a letter stating the following:

The Quesada Blender’s sampler is designed as a new method of getting feedback on new blends. The sampler contains 8 cigars:

The two sample blend cigars are made from tobaccos that we are experimenting with. Our purpose is to find out how you feel about these cigars in comparison to other popular blends we make. What happens so often is you make four different sample blends and people choose the one they like best, but that can simply mean that they dislike the other three options.

What we want is to see if this new blend can compete against other cigars which have already demonstrated they can be successful in the market place and have been rated well.

Please send your feedback to terencereilly@sagimports.com

We included two of each cigar because we want you to have the option of re-smoking each cigar to confirm your initial impressions or to share with a friend and compare notes.
If we get enough positive feedback we will make this blend into a production cigar.