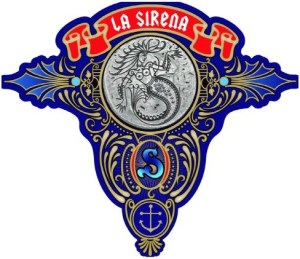 Miami, FL - La Sirena Cigars (a subsidiary of Miami Cigar & Company) announces the addition of an all-new vitola to the existing La Sirena Nicaraguan line.  The new size will be a limited edition 7-1/4 x 56 Salomon named the Dubloon.  Dubloon is set to make its debut at the upcoming IPCPR Conference later this Summer in Las Vegas, NV.

Just like the La Sirena “A”, Dubloon will feature a dark, toothy Habano Oscuro wrapper, two Cuban-seed Nicaraguan binders – a Nicaraguan Criollo ’98 and a Corojo ’96 over fillers from Nicaragua.  (NOTE:  All other La Sirena vitolas come with a Connecticut Broadleaf maduro wrapper)  Additional details are as follows: 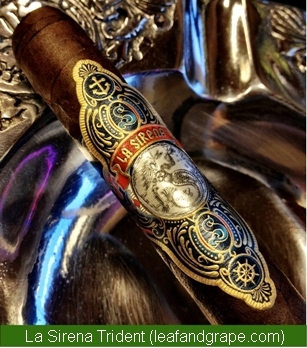 The following press release excerpt outlines just how Dubloon got its name:

In a recent expedition to Lake Nicaragua, which archeologists feel was once a large bay alongside the Pacific Ocean, a discovery was made.  The dangerous mission to find treasures of the mermaid was met by sharks and other seemingly out of place aquatic animals.  On the last day, in one of the deepest parts of the lake a cave was located with treasures of the mermaid.

Among these treasures was the Dubloon.  The name comes from the Spanish coins that surrounded this rare new size.  The rarest of all Dubloons was one that featured a distinctive 8 stamped into it.  These pieces of 8; the La Sirena Dubloon comes packaged in an 8 count box, of which only 500 are available.