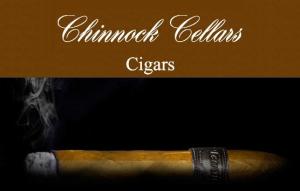 Chinnock Cellars Cigars – We first discovered Chinnock Cellars at the 2010 IPCPR convention in New Orleans.  Since that time we have watched them continue to grow and gain momentum across the country.  Brian Chinnock is not only the man behind the cigar, he also owns Chinnock Cellars vineyard and winery in Napa California.

While most cigar enthusiasts choose to pair their cigar with scotch, bourbon, or a microbrew beer – Chinnock Cellars Cigars are blended specifically to be paired with a classic red wine.  The 2012 Limited Edition Terroir (which features a unique metal band) is made at Miami’s acclaimed El Titan de Bronze factory under the tutelage of Willy Herrera (before his departure to Drew Estate).   This company is truly a hidden gem in the industry and we’re looking forward to what 2013 has in store for this up-and-coming brand. 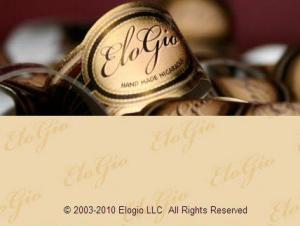 EloGio Cigars – Back in 2009, this company really caught our eye with its Cubanesque-style of cigars made of excellent quality and a world of flavor.  My previous position (sr sales and humidor consultant for Outland Cigars, Charlotte NC) afforded me the opportunity to introduce EloGio to the state of North Carolina.  The brand became an immediate hit and word soon spread across the Southeast.  (I’d like to think our initial discovery played a part in EloGio’s grass-roots movement across NC, SC, TN, VA and GA)  Brand owner Nabil Sabbath and master blender Carlos Pereda have established themselves as a “boutique brand” in the truest sense of the word:  producing less than 80,000 (small batch) cigars annually; located in select shops across the country; and they own their own fields and factory.  EloGio has two core line products – Serie LSV and Serie Habano.  They also produced two limited edition releases – the 2011 Excepcionales and 2012 Excentrico which grabbed our #3 Top Light Cigar for 2012.  Sabbath is keeping a tight lid on 2013, but one thing is for sure – we’ll be stopping by their booth to see what the future has in store. 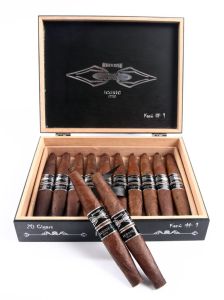 Iconic Leaf Cigar Company – A company manned by Scott Weeks and Rafael Dominguez, Iconic Leaf landed firmly on the ground with their 2012 national debut called, the Recluse.  In our opinion, there were two determining factors that put Iconic Leaf on the map:  1) an ambitious approach to release 10 different vitolas with their initial launch (something unheard of in the cigar industry); and 2) a patented new shape called Kanù – which resembles that of a kayak.  The Kanù is an industry first and consists of 3 distinct sizes #1 (6×54), #2 (7×52) and #3  (8×58) – all being hand-rolled in the Cuban Entubado style.  For 2013, the company is releasing a new blend called Recluse Draconian.  And just like 2012, the company will (yet again) release a new shape never before seen.  The new shape is called Sidewinder.  Iconic Leaf has gotten a lot of buzz from both retailers and online cigar media alike.  This is definitely a company to keep an eye on – steeped with rich industry tradition, innovative forward-thinking and having introduced two “never before seen” vitolas in their first two years of existence are just a few of the reasons to keep an eye on this company.  We’re expecting a bright future as Weeks and Dominguez continue breaking new ground – stay tuned for more info…

Nomad Cigar Company – Those of you who follow the cigar industry via Twitter are probably well aware of Nomad founder Fred Rewey’s @GodFadr handle.  Fred is truly a cigar activist, passionate about the industry and always engaging online with manufacturers, retailers and consumers alike.  Nomad’s first release (an all-Dominican blend) started out with five (5) vitolas.  In 2013, Rewey added two (2) more vitolas to the Dominican blend as well as announcing an all-new Limited Edition Nicaraguan blend specifically for this year’s show.  Another move made by Nomad in early 2013 was the announcement of a distribution agreement between Rewey and Emilio Cigars.  We were impressed with both Nomad’s core-line Dominican as well as their Nicaraguan-made Esteli LE Lot-1386.  Rewey’s passion and attention to detail will serve him well in the long run – and for that, we’re excited about this new up-and-comer! 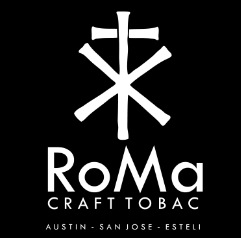 RomaCraft Tobac – Those of you actively engaged in on-line social media sites (Facebook, Twitter, Instagram  and Google+) will be surprised to see this company listed as a “hidden gem” – Skip Martin and Michael Rosales have been masterful at leveraging the on-line community to help build their brand’s recognition across the country.  But for the normal, day-to-day “walk-in” customer off the street – RoMaCraft Tobac may not be as well known.  We first discovered Michael and Skip back in 2010 at IPCPR in New Orleans, under the company names of Adrians Costa Rican Cigars (Rosales) and Galveston Bay Tobacco, LLC (Martin).  In 2012, the two companies joined forces to form RoMaCraft Tobac.  The newly-formed company is now responsible for such rock-solid blends as CroMagnon, CroMagnon Aquitaine, Intemperance and Adrians Costa Rica cigar brands.  The duo also run an online store called Hava Cigar Online, and they have manufacturing operations in Esteli, Nicaragua and San Jose, Costa Rica.  Last year, we were so impressed with RoMaCraft’s offerings, that their Intemperance BA XXI received our award for the 2012 #6 Full Cigar of the year.  Martin and Rosales have really built a strong online following over the last few years.  In 2013, we expect the company to continue to grow – extending their fan base to more traditional shops across the country.  Stay tuned, coming to a local B&M near you!