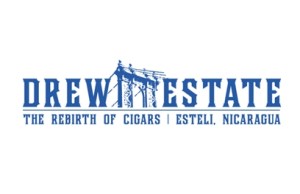 Miami, FL – In a written statement from Drew Estate, it was announced that CEO Steve Saka has retired from the company effective Thursday, July 11th.  The statement went on to thank Steve for his hard work and dedication during his 8-year reign as president and later CEO. Saka’s passion, leadership and expertise were a rare combination in the industry. “Steve will be truly missed and we wish him all the best moving forward,” said owners, Jonathan Drew and Marvin Samel.

When asked about his next immediate plans, Saka had this to say:

“First, I am going to seriously slay some smallmouth, those fish have no idea what’s coming. Ultimately though, I am a cigar and tobacco man at heart and both are integral parts of my life, but for now I want to return to just being a cigar citizen.”

As many cigar enthusiasts were flocking to Las Vegas for the 81st Annual International Premium Cigar and Pipe Retailer Trade Show and Convention, news of Saka’s retirement began to spread like wild fire.  A combination of the official announcement (via Cigar Aficionado) and a host of personal posts and tweets from Facebook and Twitter helped spread the news across the globe.  I was actually en route to Vegas, surfing the internet (thanks to USAir’s GoGoInFlight service) when news first broke that Saka was stepping down.

I personally consider Steve not only one of the most brilliant minds in the industry, but a personal friend and well.  It was back in 2010′s IPCPR Trade Show in New Orleans that I first got a chance to really sit down and get to know Steve and his wife Cindy.  In fact, it was there that I first learned of Steve’s passion for fishing as well as his deep and extensive knowledge of tobacco, tobacco history and the industry as a whole.  I also learned that Steve’s wife Cindy and my wife Beth share a common interest…a love for cats.

Its often been said that men, by nature, are not talkers.  Instead, we tend to keep things inside, not really ever sharing our thoughts or feelings with one another.  But put a few men together in a room filled with cigars, and that changes the dynamic entirely.  Cigars actually help men to open up .  There is something about sharing an hour or two with someone over a good smoke. It allows us to build stronger, healthier relationships with one another.  And like many of you, I have been blessed with a number of chances to sit down and get to know Steve on a more personal level.

As for Saka’s actual “stepping down”, he couldn’t have picked a better time or location to say goodbye.  This year’s Trade Show gives us all an opportunity to stop and give thanks to a man who has brought so much to the industry.  (think of it as a type of “going away party” if you will…)

So Steve, on behalf of cigar lovers and enthusiasts all across the globe, I wish you well in all you do.  May the wind be at your back, and remember…in the immortal words of Billy Joel – “don’t take any shit from anyone.”

p.s.  If you ever find yourself in need of a fishing partner, I am always up for tackling a school of Smallmouth Bass.  Until next time – cheers!