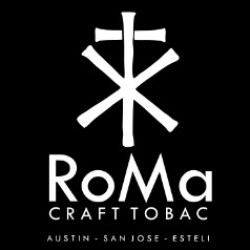 Roma Craft Tobac announces the Mode-5 and Blockhead – two new limited edition cigars under the CroMagnon and Aquitaine lines.  At this time, both cigars are scheduled to be event-only cigar offerings.

Since the initial release of their CroMagnon line, co-owners Skip Martin and Michael Rosales have really started to create a buzz among enthusiasts who prefer a fuller-bodied cigar. 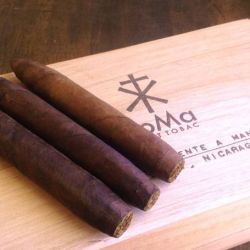 First up is the all-new Mode-5.  This cigar was first reported by HalfWheel back on February 4, 2013.  Named after a specific classification of tools used by Early Modern Humans, the Mode-5 comes to us as a 5 x 50 perfecto, is wrapped in a Connecticut broadleaf wrapper with Cameroon binder and Nicaraguan fillers. 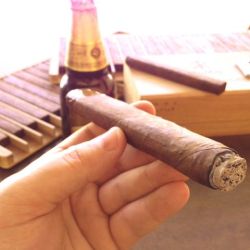 The second new release is known as the CroMagnon Blockhead. Leaf and Grape first learned about this cigar during a brief conversation with Roma Craft co-owner Skip Martin. The Blockhead is basically a box-pressed version of the 6 x 54 CroMagnon Cranium.

Mode-5 and Blockhead will join the ranks alongside Atlatl and Slobberknocker as limited event-only cigars.

Details of the full CroMagnon (Aquitaine) line is as follows:

No further details on Mode-5 or Blockhead are known at this time, stay tuned for more information as it becomes available.

Source:  Photos and content provided to Leaf and Grape by Roma Craft Tobac.