This year marks the 10th Anniversary of Don Pepin Garcia’s illustrious non-Cuban cigar career.  As a tribute to this milestone, one of the exciting announcements for 2013 is the Garcia family has decided to bring back the 2007 smash hit, El Centurion. 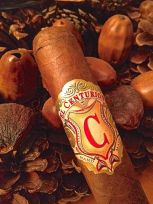 For those who remember, El Centurion was a one-time limited edition release created for Don Pepin Garcia himself.  Since that  original 2007 release, this cigar has reached near-legendary status.

We first read about this announcement on Cigar-Coop. Then, as we later listened to Saturday’s January 5th edition of Kiss My Ash Radio (via podcast) – MyFather Cigars’ Jose Ortega had this to say:

You remember a couple of years back…(el) Centurion?  We are going to (re-release it) and it will not be a limited edition.  It will be a regular production cigar that Jaime is going to be bringing out.  So, El Centurion will be coming out.

Neither Jose Ortega or Janny Garcia gave an exact date for the 2013 release or the number of vitolas that would be made available.  What they did say was that this year’s re-release would contain the same exact blend as the 2007 offering.  Here are the details and flavor profile for the original El Centurion: 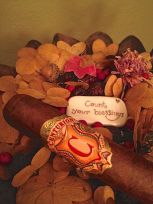 The Experience:  Aromas – Classic Pepin barnyard scent mixed with hay and sweet tobacco.  Flavors – Initial notes of pepper and spice mixed with cedar.  Wood and an earthiness soon come in and compliment the cedar and spice nicely.  We also experienced sweet notes of coffee & cream along with hints of roasted nut.

Needless to say, we are very excited about this announcement.  El Centurion was a very special cigar and we cannot wait for its re-release.  Stay tuned to Leaf and Grape for more information.

One thought on “El Centurion Re-Release Coming in 2013”